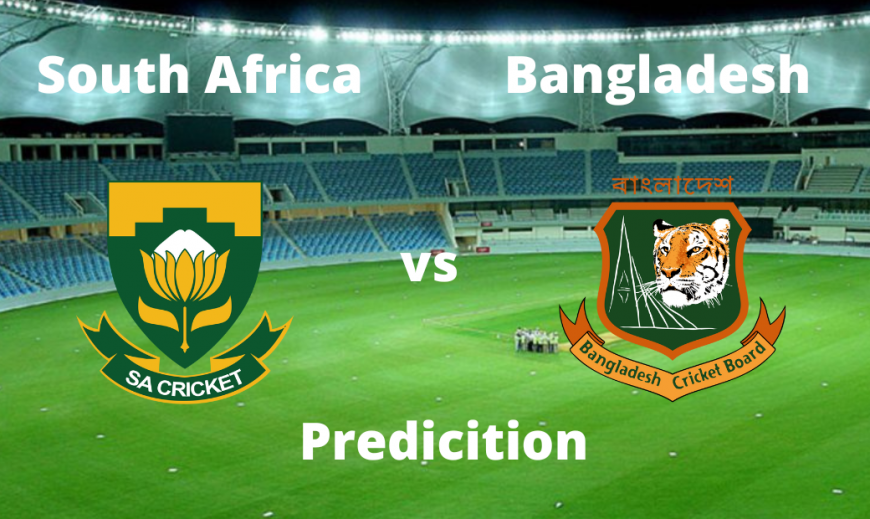 Bangladesh’s men’s cricket team will play two tests and three One-Day Internationals in South Africa. The series will begin on March 18, 2022, and will go through April 12, 2022. The test series will be part of the ICC World Test Championship 2021–2023, while the ODI series will be part of the ICC Cricket World Cup Super League 2020–2023. The first One-Day International (ODI) between South Africa and Bangladesh will be played on Friday, March 18, 2022. The match will begin at 4:30 p.m and will be held at the SuperSport Park Cricket Stadium.. Let’s look at the 1st ODI Dream11 Prediction, Head-To-Head Records & Stats, Fantasy Cricket Tips, TV Channels, Live Streaming Details, and Probable Playing Team, as well as anything else you need to know.

Bangladesh National Cricket Team is the country’s international cricket team. Since 2000, the team has been a full member of Test, ODI, and T20 status. They are managed by the Bangladesh Cricket Board. Mominul Haque is the test captain, Tamim Iqbal is the ODI captain, Mahmudullah is the T20 captain, and Russell Domingo is the squad coach.

Litton Das is a Bangladeshi batsman who has scored 424 runs in his past nine matches. His batting average is 47.11, and he has an 85.31 strike rate.

Mustafizur Rahman is a Bangladeshi pacer who is a dependable bowler for the country. He has 14 wickets in his previous eight games and a bowling economy of 5.22.